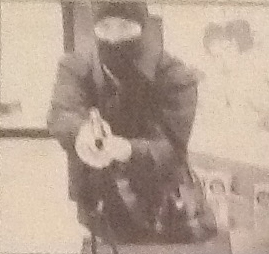 A young man, who we will call “Peter”, owes his drug dealer $ 8,000. A gun is put to his head – “Give me my money or you are dead!” In fear for his life, desperate for money and the drugs he is addicted to, Peter robs four banks and a drug store in Bucks County Pennsylvania. One morning a few weeks later, the FBI and the local police arrest him at the home of his girlfriend’s parents. He is sentenced to a minimum of 5 years at a state penitentiary in western Pennsylvania.

Meanwhile, your pastor is delivering a sermon series on Matthew 25. In verse 36, he shares how Jesus has instructed His followers in this passage to visit prisoners while they are in prison. However, this is one of those moments when the pew-sitter knows more than Jesus and their pastor.

They say to themselves: “I can think of at least five reasons that I, even as a Christian, should never visit a prisoner in jail!”

Yup. We know more than Jesus on this issue. Visiting prisoners in 2015 AD is so much different than it was in 30 AD. If Jesus were here now, He wouldn’t tell us to visit prisoners. He wouldn’t tell us that Peter deserves mercy. He understands we are better than Peter. He too would say there is no hope for Peter. Jesus would tell us that state programs and not His love will change Peter’s life. He would understand we are too busy to visit prisoners. He would tell us to be so afraid of prisons that we should stay far away from them.

“Hey, pastor. It’s about time to rethink Matthew 25:36! You shouldn’t be asking me to visit prisoners. Quaint but no longer applicable anymore!”

I needed clothes and you clothed me, I was sick and you looked after me, I was in prison and you came to visit me.

Read the second article in this two-part series.